“Ukraine is a vital link for Europe: our energy transportation networks; our location between the European Union and Eurasia. We’re the melting pot of Catholicism and Orthodox Christianity. The democracy we founded with the Orange Revolution has to be an example for other post-Soviet states.”
—Yulia Tymoshenko (1960- , Prime Minister of Ukraine, 2007-2010)

What with Ukraine in the news so prominently of late, this posting brings together a bit of Ukraine and a bit of Gilded Age New York. 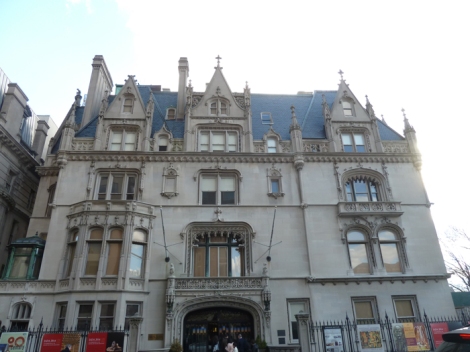 The 1898 Sinclair House now houses the Ukrainian Institute of America.

This limestone mansion, designed by society architect C. P. H. Gilbert for Isaac D. Fletcher (1844-1917), the New York banker and stockbroker, today houses the Ukrainian Institute of America. The house was begun in 1897 and completed the following year. The style is French Renaissance Revival; Gilbert was fond of this style, using it often. To live in a chateau-like house gave the nouveau riche of the Gilded Age the feeling that they had arrived; and that they deserved respect for having arrived!

The entrance to Sinclair House is at Two East 79th Street.

Mr. Fletcher, a native of Bangor, Maine, died in 1917. He willed his house and art collection to the Metropolitan Museum of Art, which was his neighbor, standing across from his house on Fifth Avenue. The Museum sold the house, using the proceeds to create the Fletcher Fund, which is used by the Museum to buy prints and drawings. Mr. Fletcher’s art collection contained paintings by Peter Paul Rubens, Thomas Gainsborough, Jean-François Millet, Jacques-Louis David and Rembrandt.

Harry F. Sinclair (1876-1956), founder of Sinclair Oil in 1916, bought the house from the Museum in 1918. Sinclair, his wife and their daughter and son, along with an army of servants, lived in the house until 1930. Sinclair is notorious for his involvement in the Teapot Dome scandal of 1922. 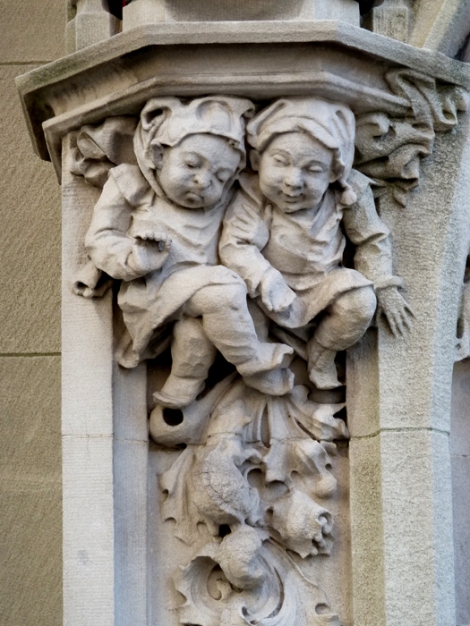 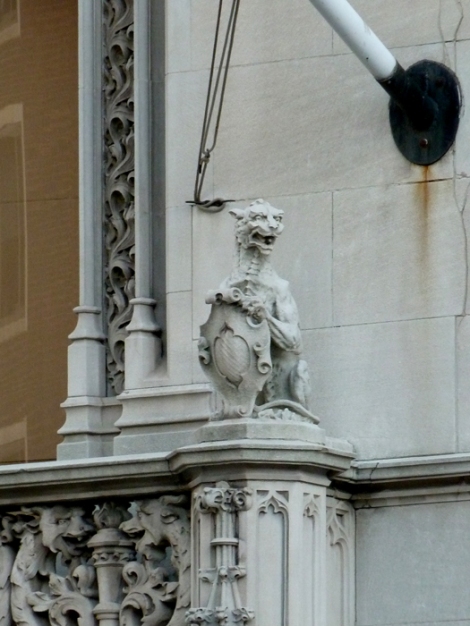 The scandal resulted from the bribes paid by oil men to Albert B. Fall, Warren Harding’s Secretary of the Interior, in exchange for cheap leases on government-owned land. Some of that land was near the town of Teapot Dome, WY. Sinclair was acquitted, but sentenced to six months prison time for contempt of court for jury tampering. He paid his debt to society, later becoming chairman of Richfield Oil Corp.; he died in Pasadena.

The dragon/dauphin motif, carved in stone on the façade, is repeated in wood inside. 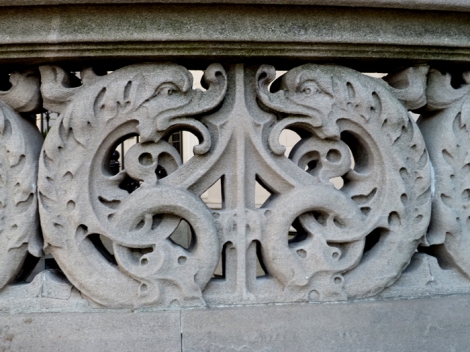 Using the dolphin as a repeating element references the title, le dauphin, given to the heir to the French throne.

The dragon/dauphin motif, carved in stone on the façade, is repeated in wood inside.

Since 1955 it has been owned by the Ukrainian Institute of America (www.ukrainianinstitute.org). The assessed value of the house, $225,000, was the price paid. The Ukrainian Institute has done it best to maintain and improve the building since owning it. William Dzus, whose Dzus Fastener Company patented a fastener that attaches panels to aircraft, founded the Ukrainian Institute; and he donated the money to buy the house. Art, film and music events, which promote Ukrainian culture, are presented by the Institute at its headquarters. The space is also rented for parties, launchings and other events.

Figures of Atlas, holding aloft, not the heavens, but a lamp, flank the main entrance.

In contrast to the surrounding limestone, the figures of Atlas are made of bronze.

An amusing and creative way to light the entrance.

Many of the robber barons’ mansions, done up in similar flamboyant styles, have been torn down. Those that have not met the wrecking ball have been verbally demolished by 20th-century modernists. For all the praise that modern buildings have received, after 60 or 65  years they look drab and boring. Whereas the Sinclair House, a National Historic Landmark as of 1980, continues to entertain and delight passers-by. 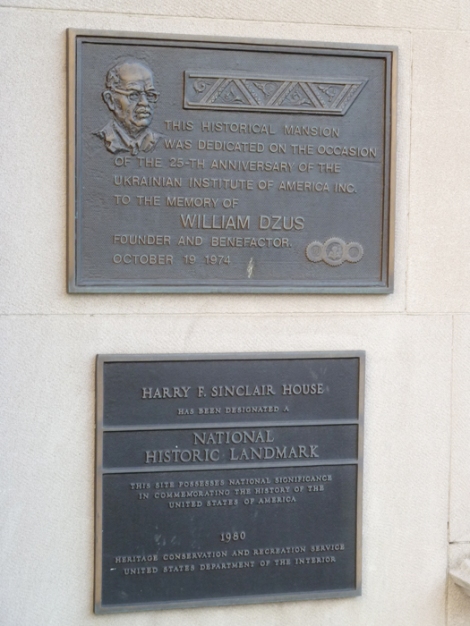