If you do not see this Tour scheduled when you want to book it, contact us
by e-mail. We will try to arrange a date that is good for you.

The destiny of the Village was in the making for decades. 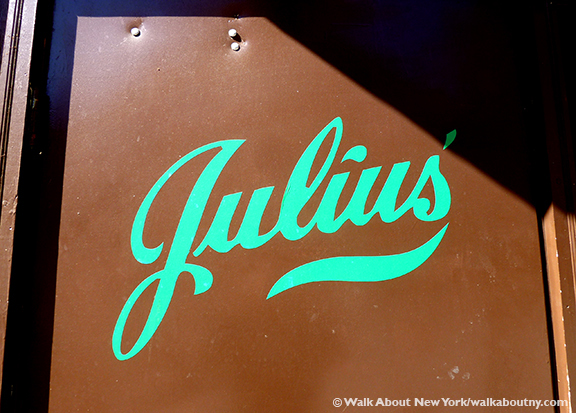 History was made here before it was made at the Stonewall Inn.

The fun and fanciful work of Keith Haring enlivens the tour.

Walk About New York’s Gay Village Walking Tour will take you to the places where gay men and lesbians have lived, loved, worked and partied for 130 years in Greenwich Village, New York’s most storied neighborhood. Many of those stories were written by the men and women of the LGBTQ community.

From a closeted multimillionaire to a First Lady’s circle of friends to well-known and lesser-known artists, poets, photographers and musicians to New York City elected officials and political activists, our Gay Village Walking Tour includes a cast of characters that is sure to amuse, surprise and inform you, whether you are gay or straight or none of the above!

The Stonewall Uprising that irrupted in late June and early July of 1969 announced to the world that Greenwich Village was the epicenter of gay life, and now it was where gay liberation was born. This was not news to the gay men and lesbians who had called The Village home for most of the 20th century. Walk in the spaces and see the places that witnessed history. Discover the characters who gave Greenwich Village its character. In many cases the men and women who are highlighted on this Tour have influenced art, politics, music and literature, reaching far beyond the borders of Greenwich Village.

This is an inclusive tour. Although its focus is the LGBTQ community of the Village, we cannot ignore the larger context in which the members of that community thrived. Village art and architecture, as well as general Village history is included.

The Tour’s cost is $30 for adults, $20 for seniors 65 years and older, and $15 for youths 13 to 18 years of age. Please consult the Calendar Schedule for the dates and times of the Tour. Click on the “Book Now” button at the top of the page or below to book your place. The Tour runs 2.5 to 3 hours. Bookings must be made at least 36 hours before the Tour begins.

We gather at 55 Fifth Avenue, the Cardozo Law School Building, at the corner of Fifth Avenue and East 12th Street. It is strongly suggested that you travel light. We are on our feet the entire time. The terrain of the Gay Village Walking Tour is level, traveling along the sidewalks and streets of New York. It is advisable to wear comfortable shoes. You will get a solid walking workout on this Tour. Walking is the best exercise!

All sales are final. The Gay Village Walking Tour will take place rain or shine. All tours are conducted in English. All Tour participants assume normal liability for their behavior during the Tour.

Don’t see this Tour when you want to book it? Contact us by e-mail; we will try to arrange a date good for you. 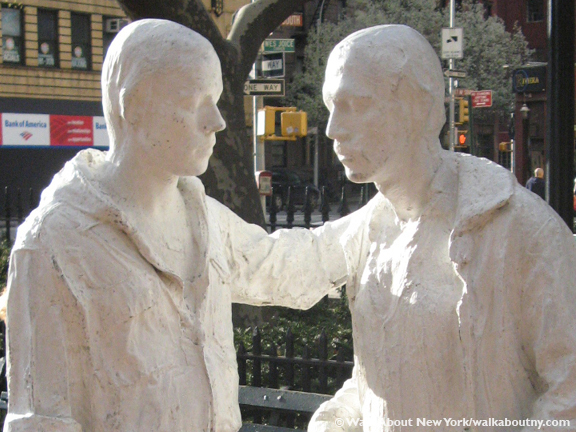 A block of Christopher St., a special place, was co-named Stonewall Pl. for a special event.