Use the form at the bottom of the page; tell us how much you enjoyed your walking tour.
Read the reviews for Walk About New York at TripAdvisor. Add your review there too.

Click on a photo for more information about this Tour. 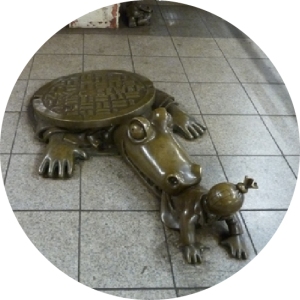 “I had heard about this tour a while ago. I wanted to do the tour and finally made it happen. I’m so glad I did! Our guide, Phil, is a licensed New York City Tour Guide and he knows his stuff! He had such wonderful stories to tell about the artworks we saw. It was a fascinating view of things most of us simply walk past without giving any of it much thought. I would recommend this tour even if you are a local! Definitely an interesting, fun and unusual things to do around town!”
—Eric B., Subway Art Tour One, December 2014

“We had a great time with Phil. He is very knowledgeable and had researched the subway art extensively. We saw art in the subway that we had never noticed before. Phil took lots of time to answer all our questions. It’s a great way to learn about New York. Can’t wait to do Phil’s other walking trips: Greenwich Village, Central Park.”
—Joan W., Subway Art Tour One, January 2016 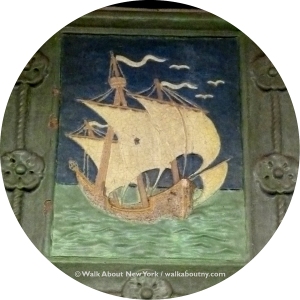 “The Subway Art Tour was informative and entertaining. Phil is very knowledgeable about the subject and knows the subway like the back of his hand. Highly recommended; definitely a fun way to spend 2 1/2 hours in NYC!”
—John S., Subway Art Tour One, June 2015

“Have you ever wondered, as you wait for the subways, who did some of the art works at the stations and what they signify? Well, here is the chance to find out as you hop on and off several subways with Phil as your guide. This is a fun and informative tour for both locals as well as for visitors to New York while escaping from the element outside. I had a very enjoyable afternoon on a snowy Sunday, and learned something new about these art works I have seen many time in passing.”
—Kayo U., Subway Art Tour One, March 2015 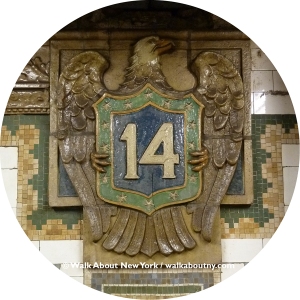 “We took the Subway Art Tour with Phil and it was a very interesting and fun tour. He really knows the subway and the history of all the artwork. I’m sure many people everyday pass by all this lovely art and never even notice it! He was able to answer all our questions and the 2 1/2 hours just flew by. I wish we would have been in NYC a little longer so we could take some of his other tours. He was also kind enough to schedule this tour for us at a time when it is not normally given. Thanks for making an exception Phil! Very quick response on emails and he was even kind enough to walk us half way to a restaurant we were looking for. Customer service at its best! Don’t hesitate to book any tour with Phil!”
—Karen B., Subway Art Tour One, June 2015 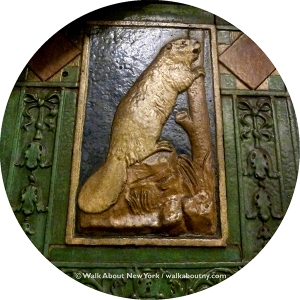 “My teenage son has special needs and is interested in and knowledgeable about the NYC subway system. This tour combined my interest in art with his interest in the underground world of the subways. The subway art tour was fascinating. Phil was an enthusiastic and knowledgeable tour guide and his route is well planned. I would highly recommend this tour for anyone who likes art adventures.”
—Nancy H., Subway Art Tour One, March 2016

“Hank and I want to thank you for a wonderful afternoon below ground on your subway tour of art. We thoroughly enjoyed your knowledge about the art and the artists, and we look forward to walking with you again. Please put us on your email list so that we can keep up with you. Thanks again.”
— Lois and Hank P., Subway Art Tour One, January 2016 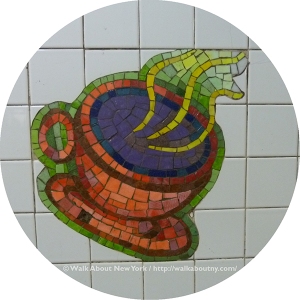 “I am a native New Yorker; and I love subway art. I took this tour hoping to see stations that I had never ventured to. Not only did I see art that I had never seen before, I learned more about art that I had previously seen. Phil is very knowledgeable! He teaches about the artist, their inspiration for their subway piece and he discusses the materials they use. I highly suggest this tour. It is a fantastic way to spend a few hours. It is NOT just for tourists. Honestly, even if you have seen lots of subway art, this tour is for you.”
—Melissa F., Subway Art Tour Three, March 2017 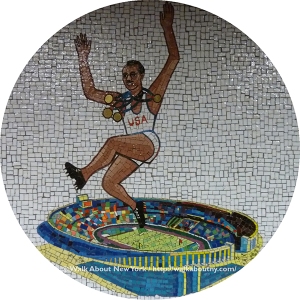 “I was on Subway Art Tour Four, which started at he Oculus. I have been on several of these tours, and Phil does a fabulous job of planning, and coordinating the tours, which is not an easy task when you are dealing with the New York subways. If you are a New Yorker, you will love learning about all the art you have probably walked by for years without really seeing. I heartily recommend any of the Subway Art Tours.”
—Susan D., Subway Art Tour Four, January 2018

“My friend & I took Subway Tour #4 yesterday. It was a manageable group size and a fun tour! Phil designed a fun trip and showed these two native New Yorkers beautiful subway art we’d a) never before seen and b) never would have found on our own. Nice personality, open to questions, well prepared. I’d do another!”
—Amy P., Subway Art Tour Four, January 2018 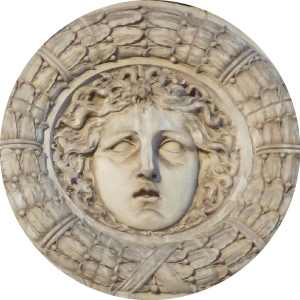 An architectural detail from the façade of the Flatiron Building, Fifth Avenue, 23rd Street and Broadway. 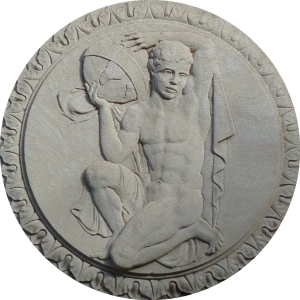 A limestone architectural detail on a Fifth Avenue apartment house: Atlas, carrying the weight of the heavens.