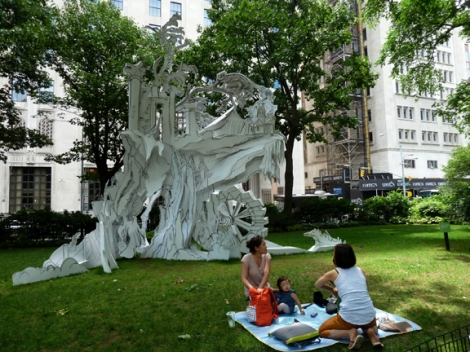 With a companion or alone, following the follies in Madison Square Park offers an amusing summer diversion. 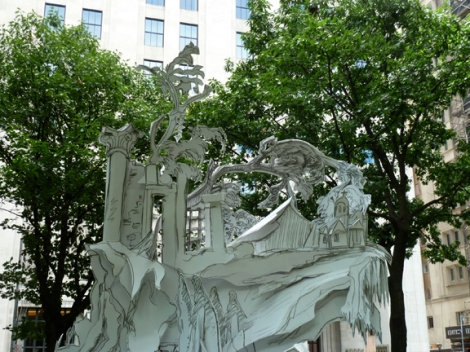 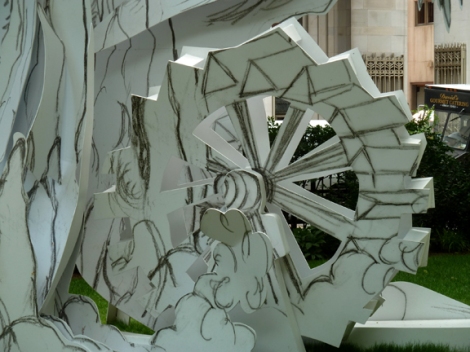 For the 2014 summer season the work of New York City-based artist Rachel Feinstein (1971– ) is on display. This American has shown her work in galleries throughout the U.S.A. and in Europe. Her work for Mad. Sq. Art marks her first public installation. 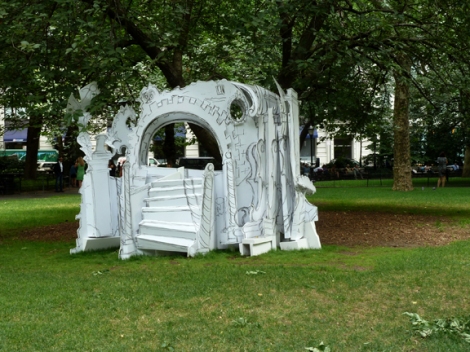 Consisting of three independent pieces, each made of powder-coated aluminum with applied surface illustration, the installation is entitled Folly. The three pieces that make up Folly are called Cliff House, Rococo Hut and The Flying Ship. The large-scale sculptures had their birth in a request to Ms. Feinstein from Mad. Sq. Art in 2012. The result is a sight-specific work of art designed to dazzle and amuse. Folly’s white color allows it to stand out against the green grass, trees and colorful flowers. Recycled aluminum is the medium of choice; it gives new life to scrap metal. The powder coating process is friendly to the environment, not emitting air pollutants. The powder coating protects the structures from the elements; and it is durable. 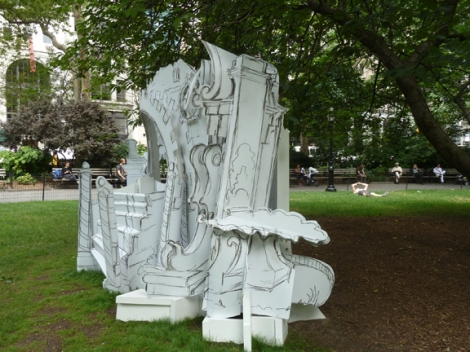 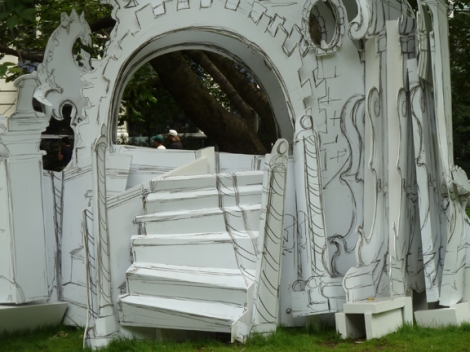 Ms. Feinstein takes her cue from architectural landscape follies that became popular on the estates and villas of European nobility in the late 16th century. Follies have no architectural purpose other than their own beauty. Additional inspiration came from 18th-century porcelain figurines, the Commedia dell’Arte, as well as sets and backdrops designed by Giorgio de Chirico, Pablo Picasso, and Salvador Dalí for the Ballets Russes. Given these influences, it is not surprising that the artist sees the three works as giant theatrical set pieces, which have been dropped into the park. She wants them to serve as a backdrop against which visitors to the park can play out their own dramas and comedies. 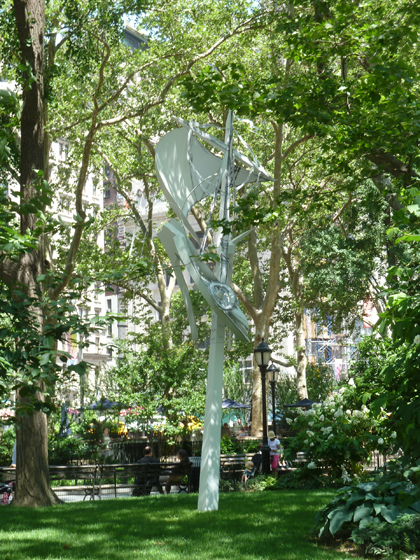 “The Flying Ship” by Rachel Feinstein in Madison Square Park.

This artwork that peppers the park’s lawns has an arresting quality, especially as it contrasts with the classic monuments that Madison Square Park has accumulated over its 150-year history. See this park, its monuments and its surroundings, including the famed Flatiron Building, when you take Walk About New York’s Five Squares and a Circle Tour. 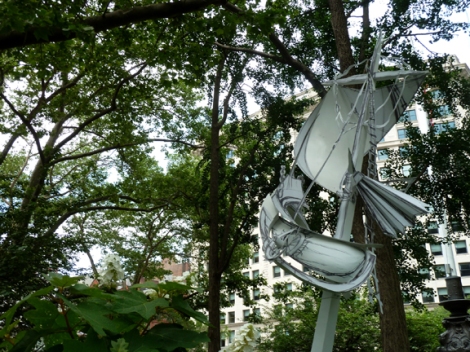 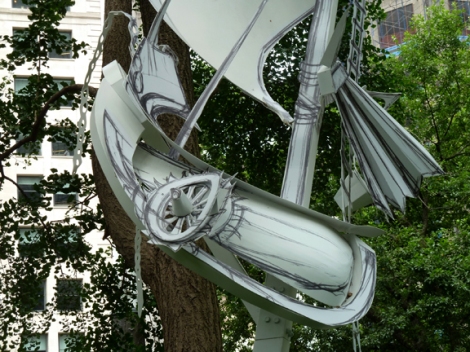 On sunny summer days, Madison Square Park turns into one of New York’s premiere destinations. Long lines at the Shake Shack, located within the park, do not deter hungry visitors craving a milkshake or more. The park hosts the Mad. Sq. Kids concert series to help children through summer vacation; adults have a series of their own, Mad. Sq. Music, offering a varied mix of musical styles.