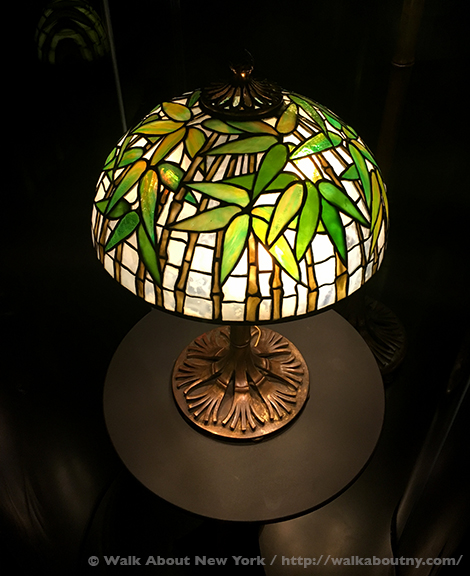 Happy birthday to Louis Comfort Tiffany! Today marks the 171st anniversary of his birth. We celebrate this native New Yorker’s birth by shining a light on his world-famous lamps. His innovative techniques with stained glass brought beauty to the relatively new technology of electricity. 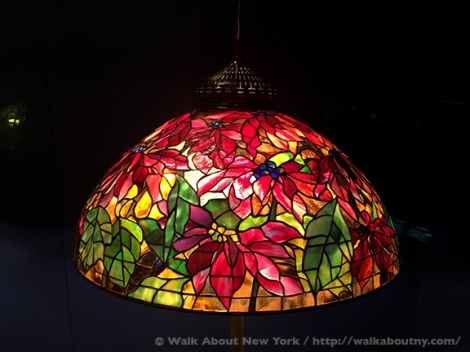 New York City’s oldest museum, the New-York Historical Society, was in founded in 1804. The Society owns what is thought to be world’s largest collection of Tiffany lamps. On the fourth floor of the Society’s headquarters at Central Park West and West 79th Street is the Gallery of Tiffany Lamps. In this space 100 lamps are on spectacular, permanent display. 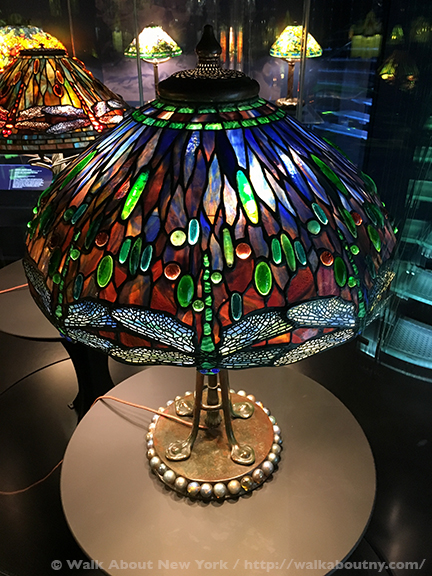 Louis Comfort Tiffany was the third child of six and the second son born to Charles Lewis Tiffany, the founder of Tiffany & Co. in 1837, and Harriet Tiffany, née Young. Following his graduation from a military academy, Mr. Tiffany decided to forego college; instead he pursued a career as a professional artist. 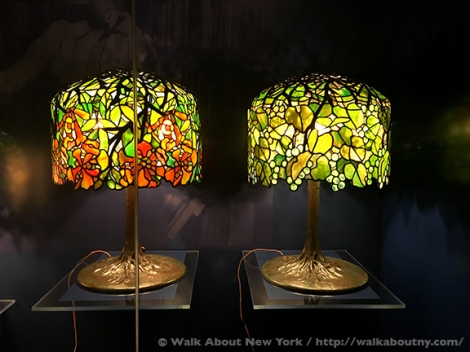 “Color is to the eye what music is to the ear.”
—Louis Comfort Tiffany 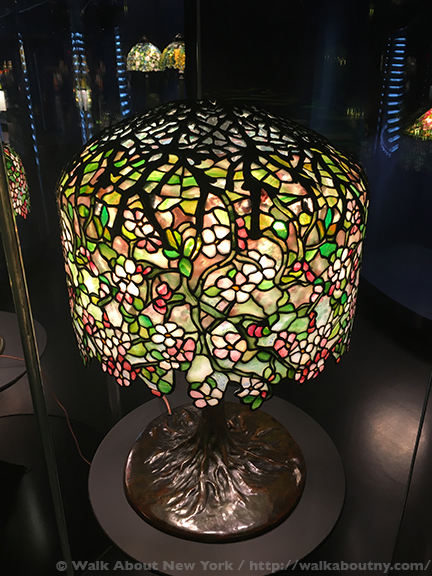 He first tried his hand at painting. He studied with George Inness and Samuel Colman, both leading artists of the Hudson River School; and he took drawing classes at New York’s National Academy of Design, where he exhibited his work in 1867. The following year he set out on a world tour, including North Africa, Spain, and Paris, where he continued to study. His contacts with various cultures and settings would influence his artistic tastes. 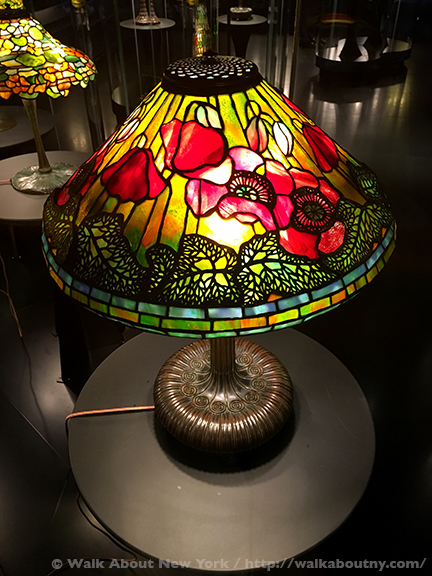 “When I first had a chance to travel in the east and to paint where the people and the building are clad in beautiful hues, the pre-eminence of color in the world was brought forcibly to my attention.”
—Louis Comfort Tiffany, from an address he gave to the Rembrandt Club of Brooklyn, 1917 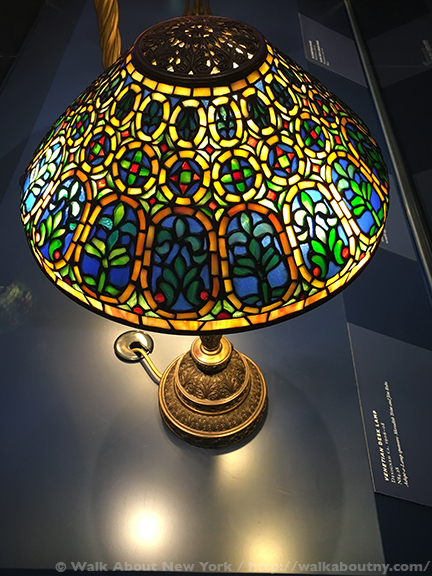 During this round-the-world trip of discovery he was exposed to artistic styles that were vying for attention in the late 19th century, such as the Arts and Crafts Movement, the Aesthetic Movement, and Art Nouveau. All of which found expression in his work. 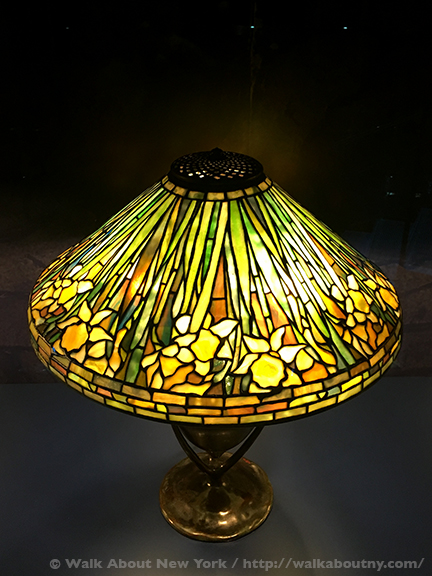 When Mr. Tiffany returned to the U.S.A., his painting style of choice was American Orientalism. What distinguished his work from other American Orientalists was his use of color and light. These aspects of art would play an important role in his fervent experimentation to develop new stained-glass techniques. 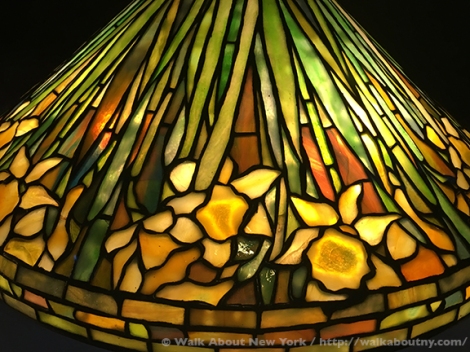 Mr. Tiffany was elected to the Century Club in 1870. This center of art and culture in New York would gain for him important connections, such as President Chester Arthur, who would commission him to re-decorate the White House in the early 1880s. 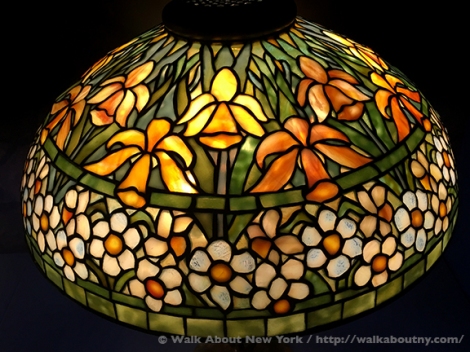 Around this time Mr. Tiffany’s career veered into the decorative arts. Calling the stained-glass techniques being used in 1875 too cold and formal, he began experimenting with glass making techniques. His goal was to surpass what Medieval stained-glass producers had created. To avoid what he called “uninteresting” stained glass he used metallic oxides to develop a variety of colors for his glass. 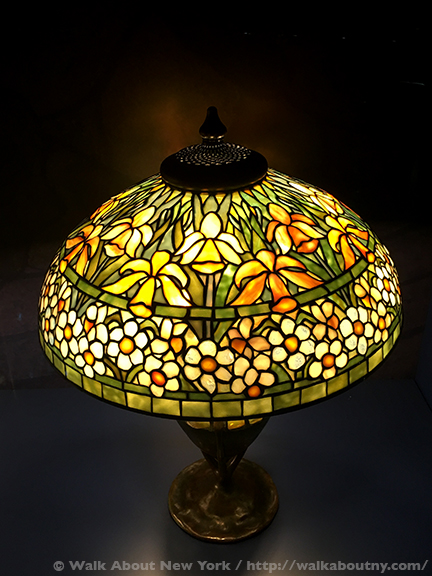 “Indeed, this is rather difficult work, but when one has a fondness for a certain brand of industry, she does not pause when a difficulty must be overcome.… The work is a new departure for women, and I believe that they like it. For myself, I am exceedingly fond of it, much more so than of mere designing.”
—Clara Driscoll (1861–1944), to a Daily News reporter in 1904, describing the rewarding and significant hand-and-eye work that she and other women did at the Tiffany Studios 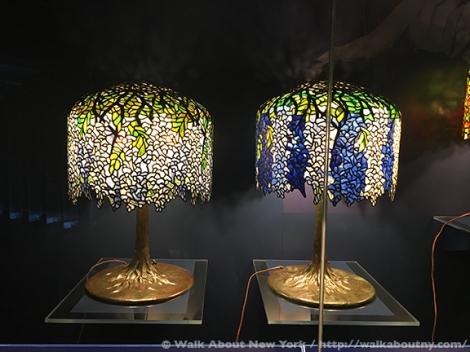 Mr. Tiffany established in 1892 the Tiffany Glass & Decorating Company, where he employed many artists. One of those artists was Clara Driscoll, who supervised what came to be called the Tiffany Girls. This group of talented artisans created many of Mr. Tiffany’s windows, decorative objects, and most famously the lamps. More than oversee her craftswomen, Mrs. Driscoll was the designer for many of the lamps that the Tiffany Girls would cut the glass to make the shades for. Mr. Tiffany always oversaw each stage of production for the creation of everything that came from his studio. 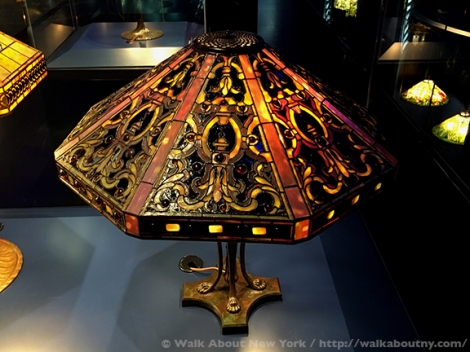 “It is my dearest wish to help young artists of our country….and to assist them in establishing themselves in the art world.”
—Louis Comfort Tiffany 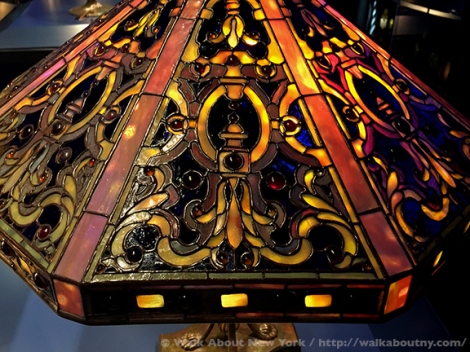 When his pieces were displayed at the World’s Columbian Exposition of 1893 Mr. Tiffany became an internationally renowned artist. In 1902, the year of his father’s death which was on the 18th of February, he became the co-director of the Art Department in Tiffany & Company. Mr. Tiffany retired at the age of 71; he established the Louis Comfort Tiffany Foundation, based at his Long Island home, Laurelton Hall. The foundation’s goal was to work with artists, guiding them toward classical forms rather than modernism that many were experimenting with. Throughout the rest of his life he was uneasy with modern art. Louis Comfort Tiffany died on January 17, 1933. Although his work fell out of fashion in later years of his life; by the 1950s it came to be recognized for its beauty, quality of craftsmanship, and innovativeness. His artistic excellence helped make America a significant player in the art world; his glass-making techniques revolutionized the art of stained-glass making. 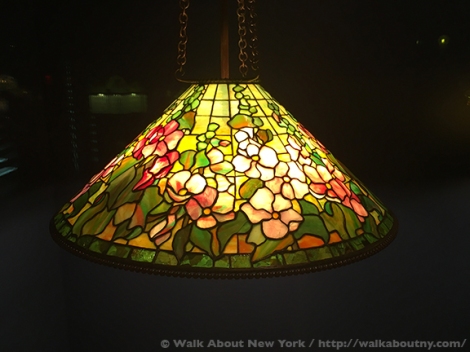 “God has given us our talents, not to copy the talents of others, but rather to use our brains and imagination in order to obtain the revelation of true beauty.”
—Louis Comfort Tiffany 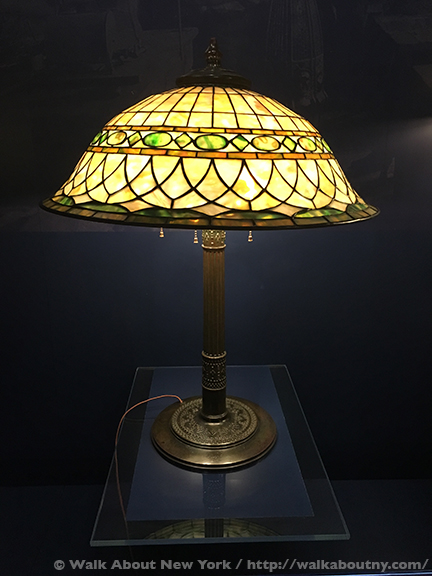 Read our other article about the artwork of Louis Comfort Tiffany.
Tiffany’s Stained Glass “Autumn” 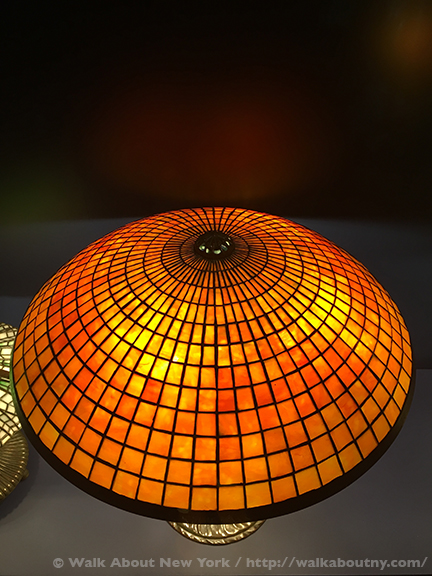 Our guided walking tours are focused on the art, architecture and rich history of New York City. From Central Park to Greenwich Village to the Financial District/Wall Street to the public art in our subway system, see the Big Apple through the eyes of a man who has lived here 39 years, fulfilling a childhood dream. Take the Tour; Know More!