“A sophisticated essay in Art Deco design exhibiting a complex balance of horizontal and vertical elements.”
— NYC Landmarks Preservation Commission, its description of The Century during its 1985 landmark designation process

In addition to being a New York City landmark, The Century is a contributing property to the Central Park West Historic District. In 1982 the United States National Register of Historic Places recognized the unique character of the street with The Century adding so much to the important historic nature of Central Park West. This is the first of four articles about the four towered apartment buildings that rise above the tree line of Central Park.

From 1931, when it was constructed with a twin-towered, Art Deco façade of 32 soring stories, The Century apartment building has been one of the most striking buildings on New York’s Central Park West (CPW). Located across from Central Park, between 62d and 63d Streets, 410 apartments are configured with one to eight bedrooms, many of them duplexes and 52 with expansive terraces. There are one-bedroom duplex apartments that create a sense of space within only three rooms. Just past the spacious ground-floor lobby, a collection of professional offices can be found.

As recently as the early 1980s some tenants, who were born in their parents’ apartment 35 years before were still living there. Others moved in with their parents not long after The Century was built, and remained, while, in some cases, their children live in another apartment in the building, creating a population of multigenerational family residents within the same building. Although originally The Century was a rental, today it is a condo, which is rare in the choice lower end of Central Park West, where most of the apartment buildings are cooperatives, or co-op ownership.

Attendants operate the building’s 12 elevators, and full-time professional painters, carpenters and plasterers are on staff. The apartment building takes its name from the site’s previous occupant, the 1909 Century Theatre, which was commonly known simply as The Century. This legitimate theater house had Florenz Ziegfeld (1867–1932) as its manager in 1915. As the theater’s demolition was drawing to an end in January 1931, a time capsule was found in the cornerstone of The Century. Among its contents was a letter from President Theodore Roosevelt offering his congratulations when the theater’s construction was completed. 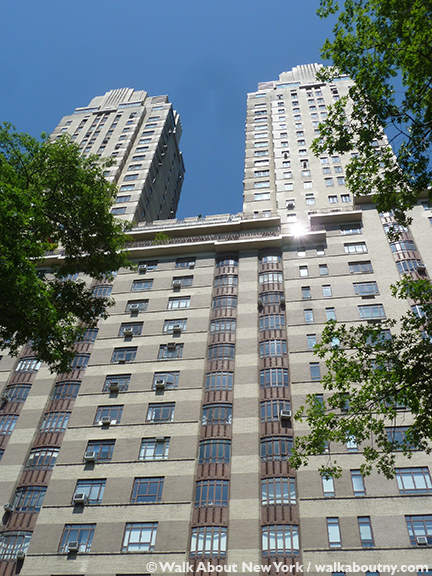 Up to 1929, luxury multi-family residences were designed in the ornate Beaux-Arts style. That began to change in 1925. That year the Exposition Internationale des Arts Decoratifs et Industriels Modernes was held in Paris. It showcased a new style in architecture and interior decoration called Art Deco. Classical forms were abstracted and abbreviated in this evolutionary, not revolutionary style. This sinuous and racy style came to symbolize the modern age, becoming popular among New York’s architects.

The Cooper-Union educated Irwin S. Chanin (1891–1988) was the architect and builder of The Century. Also to his credit were a number of Broadway theaters, including the Biltmore, the Majestic, and the world’s largest movie palace, the Roxy, which could seat more than 6,000. He completed the eponymous Chanin Building, a 56-story Art Deco skyscraper at the southwest corner of Lexington Avenue and East 42nd Street, in 1929. Immediately, Mr. Chanin began plans for two more Art Deco styled buildings, this time on Central Park West. The Palais de France would be a 65-story office building between 62nd and 63rd Streets; and the Majestic would be a 45-story apartment hotel between 71st and 72nd streets. 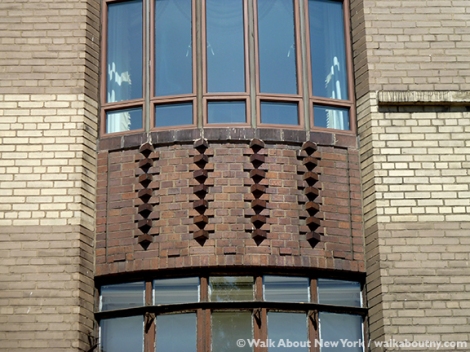 No sooner was the sight excavated, the foundation laid down, and steel beams begun to rise, the stock market crashed. Mr. Chanin had the talent to turn on a dime, changing plans to suit the times. His Palais de France morphed into The Century, scaling back the planned single, 65-story tower to twin towers 16 stories high. Mr. Chanin completed The Century in 1931; but 18 months later he had lost it through foreclosure. 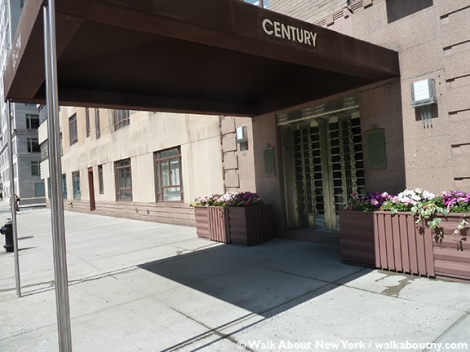 Amidst the trees: The Century, 25 Central Park West